The Fitness Lifestyle Reveiw For 2012 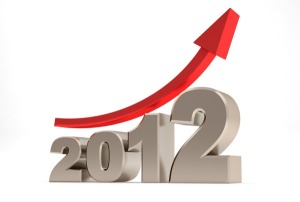 There was much to be happy about fitness in the year of 2012. In looking back over the year I will tell you about some of my favorites. From the OCCC SuperSprint Triathlon, Hotter N Hell Hundred, new bike, swimming, and doing a couple half-marathons. It was a full year with ups and down, detours unexpected, even frustrations to overcome. But looking back and taking the year as whole, it was very satisfying. If you put it on a 10 year plot, it is off the chart of posibility. So here are a few highlights.

The big goal starting off the year was the OCCC SuperSprint Triathlon. Starting off the year I was not able to run or jog at all, not even 50 yards. And if my running was at zero, then my swimming was a -100. So it was a challenge. I had inteneded to train with Team In Training, but didn’t really get a good understanding of when they trained before I signed up. That was a problem beacuse the swim training was on Monday nights and I have another commitment on Monday that kept me from being able to swim train with them. I had started raising money, so I had an obligation to do it. I wanted to keep that commitment. I never did get where I could swim with my head in the water, I just did the ‘tarzan swim’ for the 500 meter swim. I hadn’t progressed enough to even jog the entire 5K either, I had to just do a jog/walk. The only thing that I really was ready to do was the bike, and that went fine. I did this event with my two friends Jeri and Jason Lundsford. We had a good time too. At the end of the day it was a start of something that I would have never believed possible. I was a little surprised by how out of shape I was and didn’t realise how much work it was going to be, but at the end it felt good to complete the event and it was fun doing it with the Lundsfords.

Life is about relationships and shared experiences with friends and family. So there was nothing better than training and doing the Hotter N Hell Hundred this year with our daughter Cynthia. It was fun getting out on the bikes with Cynthia. We got to spend some good times working out hard and visiting together too. We road a many miles from our house out to Jones/Choctaw and back. She even got to witness my Rottweiler crash and burn too. It was a great feeling to be on the starting line with her and 13,000 of our best cycling friends. I also had a good time also riding with my friends Brian Johnston and Jason Lundsford too. I will refrain from saying what order the three of us finished. 😉 Humble, I am. haha As fun as it was starting with Cynthia, it was really cool getting to take our picture together at the finish line too. It was an awesome weekend.

Have you ever seen a kid not smile when he gets a new bike? Hell no and you can bet this big kid was smiling too when I went to get my new tri-bike, “Ike”! Ike is a Cervelo P-4 decked out with Sram Red, Zipp 404s, and a CycleOps power meter. I am a gear nut. The picture is Marty and Steve at Schlegel Bicycles getting it all rigged up, they even stayed late to get me hooked up and fit. It was a great time! I promise you one thing, my parents are glad we didn’t have a Schlegel Bicycles in Seminole when I was growing up, that place is my adult equivalent of a “candy store” !

Notice that in this picture I am at the pool and almost smiling! Yes swimming makes my list of 2012 highlights. After struggling all year long something finally happened in November and I started swimming freestyle with my head down in the water! Sounds simple enough, right? Well for most it would be, but with my water-phobia this was a big damn deal for me. After starting to get that down I eventually went to a swim clinic that Amanda Stevens did at The Lighthouse Fitness Center in Oklahoma City, that was a blast too. Now I have had a few extra lessons with her and she is coaching me for my triathlon training this year too. Getting that swim deal down was huge though. It opens up a whole new realm of posibilities for the coming year and beyond, starting with the Lonestar 70.3 !

Probably the biggest highlight was the Tulsa Route 66 Marathon and Half Marathon. It was the perfect combination of family and achievement. My wife and daughter did the full and I did my first half-marathon! As I wrote previously, getting to actually go to the starting line with them as a fellow participant was so cool. I have taken them to many marathons and wished them well as a supporter and spectator, but who would have ever thought that I would be lining up with them? It was an awesome day, I enjoyed ever minute and ever step and stride of the run. I took it all in like you should always do, I soaked up the whole experience! Then getting to take the picture with the girls at the finish line was a proud moment for us all! I suspect there will be many more in the future too!

So to say I have had a full fitness life this last year would be an understatement! Who would have ever thought when I bought that bicycle three years ago and went out to ride that first 10 mile loop around Lake Hefner that eventually I would be doing all of this stuff? Not me, and I bet non one else that knew me! No way, no how. So thank you all my family, friends, and supporters for a truely blessed 2012.

Close out tune for the year will be Michael Franti’s Say Hey (I Love You) ! Happy New Year my friends!